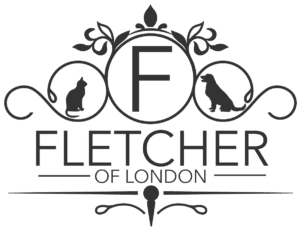 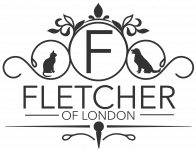 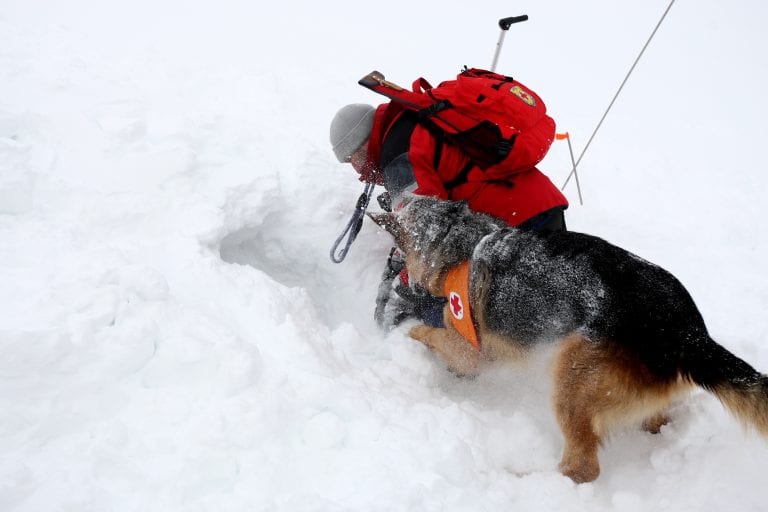 We already know how devoted our beloved companions can be, actively sniffing out potential trouble and ever alert to oncoming threats. They are protective and loyal and full of adoration. all this for the bargain price of love, care, food, and belly rubs.All dogs are heroes, from how they get us out daily walking together in the outdoors, to showing us how to open our hearts, to be silly,  and to just enjoy life.These heroic dogs deserve to be read about, their selfless acts of inspiration should be shared and celebrated. Make yourself a cup of tea, curl up on the sofa with your own beloved hero and enjoy these beautiful stories.

Frida: A Labrador and member of the Mexico Canine Disaster Unit. Wearing goggles, booties, and a harness Frida sniffs out people trapped and has helped find 52 people in various natural disasters around the world so far. Last September a deadly 7.1 magnitude earthquake hit the centre of Mexico and Frida was instrumental in locating and saving 12 children trapped in a school.
Read More﻿

Trakr: A German Shepherd, was part of the Canadian police unit, helped dig through 30 feet of unstable debris at the World Trade Centre’s ‘ground zero’ to locate the last human survivor of the attack after 9/11 in New York City in 2001. Sadly Trakr died at the age of 14, but before leaving us his DNA was chosen for cloning because of his heroics and Named as one of history’s most heroic animals by Time Magazine.
Read More

Roselle: A Labrador and guide dog, Roselle also played a life-saving role on September 11 Attack.  When the planes struck Roselle led her owner Michael Hingson through the smoke and chaos from the 78th floor in Tower One down the stairwell—1,463 steps—to safety before it collapsed.

Duke: A Vizla is not trained to sniff out bombs, Duke protects his owner from something equally deadly…peanuts. Duke’s training has meant he can detect peanut in any form, even tiny traces such as oil or butter. He alerts his owner to the presence of peanuts by sitting down in front of her, creating a barrier and not moving away.

Kanaka: A German Shepherd and a member of the Ontario Provincial Police K9 unit, tracked a lost hunter for 20 hours across freezing swamps and an ice-covered lake before successfully finding the man.
Read More

Grizzly: A Siberian Husky saved his owner from a vicious attack by a bear. During a walk in the woods, they came across a bear, when things began to get dangerous Grizzly’s owner climbed the nearest tree in an attempt to reach safety.  For the next 7 hours, Grizzly went up against the bear, preventing it from pulling down its owner, and keeping him away from the giant claws of the bear.

Belle: A Beagle literally bit 911 into her diabetic owner’s mobile phone, after he had suffered a seizure and collapsed.  Belle was trained to raise the alarm by biting 9 into a phone, which had been programmed to interpret 9 as an emergency call. She was also trained to periodically lick her owner’s nose to take a reading of his blood-sugar levels. If something is off, she will paw and whine at her owner.The dog is the first animal to receive the Vita Wireless Samaritan Award.
Read More

Jack: A Border Terrier and named Crufts Top Hero Dog 2018 had been in 4 rescue homes before his now owner Vanessa brought him back with her to his forever home.  Together Jack and Vanessa are working to bring down the stigma of mental health issues, Jack has given Vanessa (who lives with her own complex mental health issues) the confidence to go on radio and write editorials promoting awareness and raising money for charities.
Read More

Eve: A Rottweiler and beloved companion of Kathie Vaughn, saved the life of her owner by dragging her to safety from their burning van. Kathie who has paraplegia was unable to assemble her wheelchair quick enough and needed help to get out of the van before it exploded.  Eve, grabbed her by the leg and pulled her 15 meters to safety, Kathie was unharmed, and Eve was awarded the prestigious Stillman Award for Bravery.

Paris: the Boxer who likes to recycle rubbish.  This may not be as dramatic as the others but this conscientious Boxer cares for the environment so much so on their daily walks, Paris will stop her owner so she can collect plastic bottles and cans and put them in the nearest recycle bin.
Read More

We’d love to hear how your beloved companion has helped you, get in touch and share with us your story. 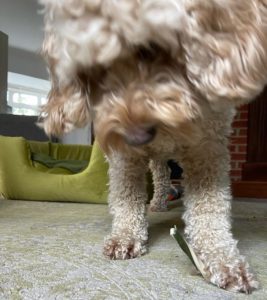 At Fletcher Of London we believe in quality dog products, and we love to share! With each order, you can treat your dog to a 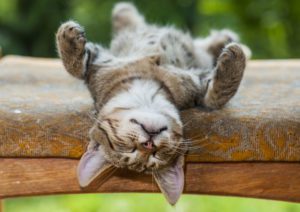 The Benefits Of Owning A Cat

Cats are good for physical and mental health and can also be a source of emotional support for their owners. Although cats are independent animals 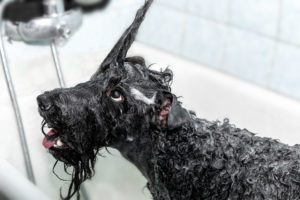 Why Is It Important To Bath Your Dog?

Although most dogs do not require daily bathing, bathing improves their appearance, reduces odour, and helps keep their skin healthy. Dogs need baths every four

At Fletcher Of London we believe in quality dog products, and we love to share! With each order, you can treat your dog to a

The Benefits Of Owning A Cat

Cats are good for physical and mental health and can also be a source of emotional support for their owners. Although cats are independent animals

Why Is It Important To Bath Your Dog?

Although most dogs do not require daily bathing, bathing improves their appearance, reduces odour, and helps keep their skin healthy. Dogs need baths every four 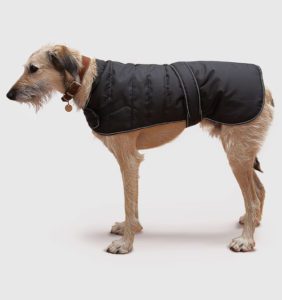 British weather can be unpredictable, but one thing is for certain, rain does not stop play when it comes to walks. Now stocking All-Weather, Waterproof 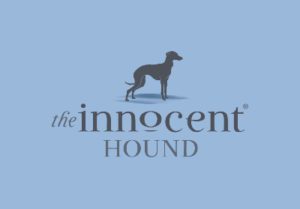 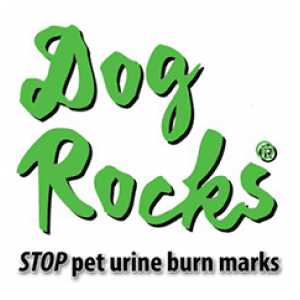 Rating
4.7
Based on 23 Reviews
Write a Review

Great experience buying and exchanging a dog coat for my pet. Karen went out of her way to make it easy to get the right product and the right fit. Excellent communication and extra effort greatly appreciated especially last minute at the holidays for me. Thank you.

I ordered a rolled leather collar for my puppy and I have to say the service i received was exceptional. I was contacted via whatsapp to ensure correct sizing and I honestly felt important and that my business was truly appreciated. The collar arrived in lovely gift wrapped paper and puppy got a complimentary blueberry chew which he loved. The collar was perfect and fitted like it had been made for him and he looks very dapper in it. I will most certainly recommend Fletchers of London in the future and I will be buying from them again. Thank you Fletchers, your service rocks !!!

I bought a selection of toys for my two dogs and a friends dog and had a few questions about the best the new range of products they were stocking relating to quality. Customer service couldn’t have been more helpful so I placed the order and revised them after 2 days. Really happy with the products exactly as described and great customer experience

Karen is a shining example of what great looks like for helping customers, she hand delivered our dogs new collar a few days before Christmas and then came back the next day as it was the wrong size. She kept us fully updated throughout and was an absolute pleasure to deal with, nothing seemed to much for her. I cannot recommend Fletchers & Karen highly enough. You can see charlie sporting his proud new collar

Excellent customer service - My order arrived and was already wrapped up for Christmas without me even asking !

Loved all the products I bought! I will definitely return here for any of my dogs "needs" (mine) x

We ordered a lovely new Dogs and Horses collar for our whippet puppy. The price was great, and the collar arrived super quickly - a lot faster than advertised. Packaging was excellent and the after sales service was great. I can't recommend highly enough. We will be ordering the next size up from Fletchers, for sure!

We bought a lovely collar for our Springer spaniel from Fletcher of London. The customer service was brilliant. The wrapping/packaging around the collar was lovely and the collar itself suits our dog so well. We are really pleased with our purchase and would use this company again (the hand written note and treats were also a lovely touch and much appreciated, thank you)

Lovely collar and lead, beautifully made and presented. Very good value for money and very efficient and personal service. Will definitely be shopping again - soon.

Thank you so much for my purchase - absolutely love the collar, amazing quality.

Thank you for my recent purchase of a leather lead. It arrived in good time, beautifully packaged and even a free gift for my dog which he absolutely loved! I will shop with Fletcher of London again and highly recommend.

Love, Love, Love my cat beds from Fletchers of London. Excellent quality, delivery was extremely quick and packaged well. Would recommend this company to anyone with pooches or kitty's that deserve the very best!! - you won't be disappointed!

I ordered a beautiful dog bed for my mini schnauzer from Fletcher of London. I decided to call the company to see how the bed would be delivered. Karen couldn't have been more friendly and helpful. The bed arrived the next day and I even had an email letting me know it had been sent. The bed arrived beautifully packaged and in perfect condition just like the photos it's stunning. A fantastic service and wonderful product!

Keep up to date...no spam we promise!

Just a friendly email to let you know when we have new products in and when we are running a sale! 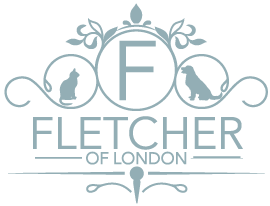